Preparing your nonprofit for an increase in donations 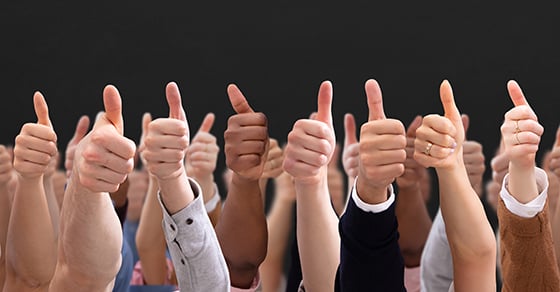 Contending with a large outpouring of support sounds like a problem any not-for-profit would embrace. But, in fact, it’s possible to become overwhelmed by supporter interest and donations — particularly if your organization is small or relatively new. Expanded tax deductions for charitable gifts made in 2021 may boost giving this holiday season. Make sure you’re prepared.

Disaster-relief charities, such as the Red Cross, have long dealt with sudden cash influxes. For example, during major hurricanes in recent years, some nonprofit websites became overloaded and went offline because so many users were visiting them. Websites had to be moved to more powerful servers to handle the increased traffic.

So make sure you track website hits, as well as phone and email inquiries, to set a “baseline.” That way, you’ll be able to recognize a surge of interest when it begins. Also, know your system’s ultimate capacity so you can enact a contingency plan should it approach critical mass.

Having an “early warning system” is only one part of being prepared. You also need to be able to mobilize your troops in a hurry. Do you know how to reach your board members at any time? Can you efficiently organize volunteers when you need extra hands quickly? Make sure you have an up-to-date contact list of board members. You also can benefit from having a process, such as a phone tree or group text distribution list, to communicate with your board quickly and efficiently.

When it comes to volunteers, assign one or more emergency volunteer coordinators to call and quickly train people when you need them. Be sure to conduct a mock emergency with staff and volunteers to learn where you’re prepared to ramp up and where you’re not.

A surge in donor interest could mean a surge in media attention. Although it might be tempting to say, “not now, we’re busy,” don’t pass up the opportunity to publicize your organization’s mission and the work that’s garnering all the attention.

In most cases, the immediate surge of interest eventually wanes. Before that happens, start to build lasting relationships with new donors and media contacts. Inform them about the work your organization does under “normal” circumstances and suggest ways to get them involved.

Staff up with temporary consultants to manage a donation surge

If your financial and accounting staffers aren’t accustomed to handling a sudden surge in donations, you may need outside assistance to process gifts. You can hire temporary consultants to help with donations, as well as accounts payable and receivables transactions. It is also a great idea to start budgeting and planning for the next year to address upcoming changes. Contact Cordia Partners for advice with accounting transactions, budget and forecasting, and hiring staff to support your team.